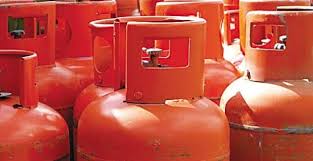 The Executive Secretary of the PPPRA, Abdulkadir Saidu, disclosed this in a statement signed by him, in Abuja, on Tuesday.

“This steady and sustained pattern of growth culminating in the over one million metric tonnes of LPG domestic consumption milestone in 2020 has placed the country 1st in West Africa and one of the leading LPG consuming nations on the continent.

“With this laudable feat, the country is on track to meet the five million MT by 2022 target, set in the Nigeria Gas Policy (NGP) of 2017,” he said.

According to him, “The attainment of the one million MT domestic utilisation milestone is a testimony to the progress made so far in ensuring the provision of alternative sources of fueling to Nigerians in place of the traditional PMS, AGO and DPK.”

He further stated that the Nigeria Liquefied Natural Gas (NLNG) Limited, had increased its allocation of LPG to the domestic market from 350, 000MT to 450, 000MT in 2021 in order to achieve its goal of providing alternative sources for Premium Motor Spirit (PMS), Automotive Gas Oil (AGO) and Dual Purpose Kerosene (DPK).

“The remarkable growth in the domestic LPG market remains largely driven by the impact of the federal government’s policies and programmes, coupled with the efforts of relevant stakeholders and regulatory bodies in the industry.

“The avowed commitment of President Muhammadu Buhari and the Minister of State for Petroleum Resources, Timipre Sylva, to the Gas Revolution Agenda remains the game changer and key growth driver.

“The culmination of the Year of Gas with the National Gas Expansion Programme (NGEP) Autogas rollout, is expected to foster exponential growth within the industry as more and more Nigerians begin to embrace the utilisation of LPG/CNG as fuel for their automobiles,”  he added.

Also as part of measures to deepen domestic usage of gas, the government launched National Gas Expansion Program (NGEP) in 2020, which intends to make gas the main source of energy in the country.