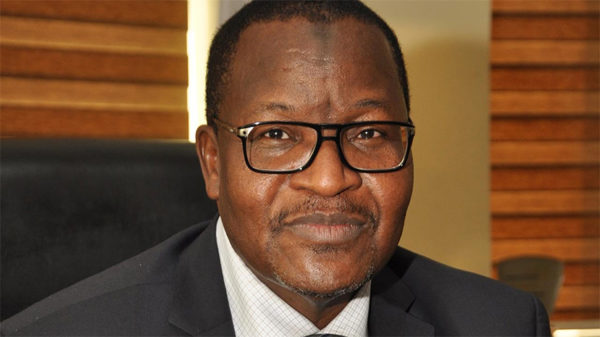 The Executive Vice chairman/CEO of the Nigerian communications commission,  Professor Umar Danbatta has said that economic diversification and ethical leadership at all levels of government is essential as it is an elixir to the current economic headwinds in Nigeria.

Danbatta said this in a paper titled ‘Ethical leadership as an instrument for national sustainability in the post-oil Nigerian economy: A public sector perspective’ which he delivered at a two-day hybrid (online and onsite) annual directors conference (ADC) organised by the Institute of Directors (IoD) Nigeria earlier this week. He also emphasised that the fourth industrial revolution (4IR) or digital age promises greater revenue-earning potential to the nation.

Going on a memory lane to discuss Nigeria’s economic shift to oil revenue following discovery of oil in the 1970s, leading to the relegation of agriculture, which was hitherto the source of Nigeria’s foreign exchange earnings, Danbatta said the Federal Government had realised that Nigeria could not be solely dependent on oil earnings anymore, hence the decision of the FG to explore ways of diversifying the economy.

Economic diversification, according to Danbatta, is the process of shifting an economy away from a single income source toward multiple sources from a growing range of sectors and markets. He said this is with a view to increasing productivity, creating jobs and providing the basis for sustained economic growth.

The Executive Vice Chairman said that though the federal government had made several attempts at economic diversification, such attempts had little impact as majority of them had folded up, whilst others are finding it difficult to survive, just as he noted that the situation had further been compounded by the recent economic recession and the COVID-19 pandemic, which adversely affected the global economy, including Nigeria.

Danbatta stated that countries and societies had evolved by finding new ways of doing things to ensure economic sustainability, which has led to the first, second and third industrial revolutions.

“Currently, countries are exploiting the 4IR in order to diversify their economies. The fourth industrial revolution, which has also been referred to as 4IR or Industry 4.0, describes the age of intelligence and encompasses technologies like high-speed mobile Internet, Artificial Intelligence (AI), automation, the use of big data analytics and cloud computing,” he said.

While highlighting the major constraints facing Nigeria with regard to the fourth industrial revolution to include inadequacy of digital skills, infrastructure deficit and enabling environment, Danbatta, emphasised that the 4IR is the information and digital economy age, which, if properly enhanced and exploited, could unleash a new phase of massive revenue generation and wealth creation for Nigeria in the post-oil era.

“This is because while natural resources such as oil, gas, and so on, are finite, data and information are infinite. Furthermore, the possibilities provided by the 4IR are limitless and can generate employment for Nigeria’s teeming youth population. Therefore, in order to achieve economic growth using the 4IR there is the need for ethical leadership,” he said.

They are stealing our oil – Obiano to FG