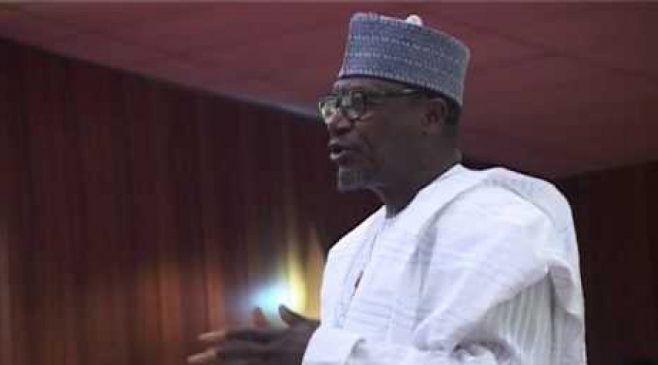 Senate’s decision is hinged on a point of order by Senate Leader, Abdullahi Yahaya (APC -Kebbi) on the need for Senate to be conscious of the global economic threat occasioned by outbreak of COVID-19 and drastic fall of crude oil price from 68 dollars to 31 dollar in international market.

Abdullahi in his presentation, having cited Order 43 of the senate rule said:

“The coronavirus has completely disrupted the supply chains and may dampen demand.

“Several industries, like the airlines, tourism, entertainment industries are actually crashing down.

“Other commodity markets all over the world has been really dampened and nobody know what is certain.

“For us, our major commodity oil is also damaged by the trade war in the oil industry between OPEC and Russia.

“Oil prices has dipped from about 68 dollars per barrel to 31 dollars which could affect the economy.

“Already, the administration has reacted yesterday with the President calling on the major players and setting up a committee to look into this issue and face the crisis head on.

“It is better to go for the best, then to go for the worst and so, our committee should be ready to engage the committee from executive on this matter and we hope this will not last long.

“Particularly because of the hard work we have done on the budget.

“So that by the time the executive arm come with their own proposal, our own committee would have also intimated us on the direction to go so that we make sure that the Nigerian economy do not sink.”

Lawan in his remark on the point of order thanked the leader of Senate for raising the issue.

Lawan said:”The leader has raised the issue of the current situation affecting the entire world and off course we are part of the world.

“The issue as of today is particularly the crash in the price of our crude.

“We will recall that we passed our MTEF, FSP and subsequently the budget on the benchmark price of 57 dollars per barrel and today that price has crashed to 31 dollars or thereabout .

“And we don’t know how this will stop and off course the economy of our country depends largely on the export of crude and this is a real situation that is steering us on the face.

“Therefore what the leader said, is in good order, I will suggest here that in order for the Senate to be proactive to protect whatever is the situation for Nigeria to implement the budget in a way and manner to impact the life’s of our citizen, we form a joint committee.”

He said the joint committee would continue to engage people in government and people outside government to get abreast with all necessary information on the matter and report back to Senate in one week.

“The purpose is to ensure that we are able to control the situation, because if the crude price is 31 dollars, that is almost 26 dollars off from what we budgeted and that is so significant.

“It can affect the implementation of the budget, while we pray for the best, we should also prepare for the worst.”

The passing of the bill followed the presentation of the report on CAMA at plenary by Senate Leader Abdullahi (APC -Kebbi) and consideration of 861 clause by clause of the bill at senate committee of the whole.

The bill seeks to amend the finance Act 2019 recently passed by the National Assembly.

The bill seeks to clarify that the administrative effective date for increase in Value Added Tax (VAT) from 5 per cent to 7.5 per cent is Feb. 1

It also seeks to further clarify that animal feeds  are included in the list of basic food items that are exempted from VAT.