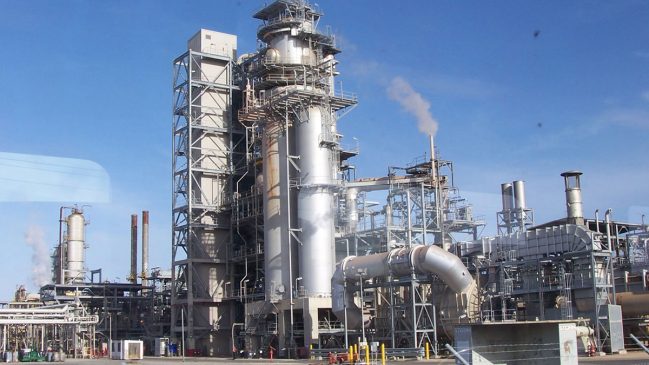 This, the Executive Secretary, NCDMB, Engr. Simbi Wabote, believe is already being done through the award of contracts to Nigerian contractors, thereby building local capacity.

The private refinery owned by the Dangote Group is under construction in Lekki Free Trade Zone, Nigeria. When completed, it will have a capacity to process about 650,000 barrels per day of crude oil.

Recall that the company recently announced the award of $368 million contract to 120 local contractors at the site, as part of its contribution to Nigeria content development initiative. The company revealed that there were several Nigerian content opportunities in the company’s refinery and petrochemical project.

Speaking on the sideline of the 9th Practical Nigerian Content, Wabote, said: “First of all, to be able to drive local content you need projects. For the fact that Dangote has been able to site it project in-country is the first step to the actualization of Local content.

“Dangote might as well had taken the refinery elsewhere, but he decided to execute the project in Nigeria, so that is a plus to the Nigeria investment sector. Secondly, at the peak of the construction of the refinery, about 65, 000 workers are on site, and the majority of those workers in terms of ratio that are providing various services, are Nigerians.

“Also, there is a lot of sub-contract that have been awarded within the projects site, the majority of those contracts are executed by Nigerian companies. To a very large extent, that is an example of believing in your country and trying to do things to enhance the development of your country.

“Although they are sited in the free trade zone, which has its own advantages, and off course he is entitled to enjoy those free trade advantages as enshrined in the law, but in terms of local content, it is a typical example of someone who believes in his country, someone who is patriotic to establish such a monumental projects within the shores of our land.”

He stated that the state of the current four refineries in the country cannot be liken to Dangote Refinery, stating that, Dangote’s refinery is a private investment which he believes that the company will do everything possible to run and maintain the refinery effectively.

“The other four refineries are government-run, and most times government is not in the position to run businesses effectively because of so many factors. Private investors will do a lot better than when you have the government run it.

“This is why they have pushed for privatization of refineries. Currently, you can see the profitability and what has been achieved thus far because it is been run privately, Dangote refinery is purely private initiative and he will put everything  to ensure it is been run successfully,” Wabote added.

Speaking on the choice of a theme for the conference, Wabote explained that “Leveraging Local Content Expertise for Market Growth and Expansion,” was strategically chosen in view of huge progress being made with the implementation of the Nigerian Content 10-year strategic road map. “Many industry stakeholders are already familiar with our targets and initiatives, which includes growing value retention to 70 per cent, creating 300,000 direct local capacity through Nigerian Content successes activities and retaining $14 billion in-country out of the $20 billion estimated annual industry spend