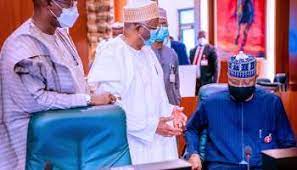 In Nigeria, the Covid-19 pandemic simply made an already bad situation even worse. In collaboration with the Lagos Ministry of Health and our partners (NNPC, CNOOC, SAPETRO, Prime) we decided to build and donate a medical oxygen plant at the Gbagada General Hospital. We believe that this facility would be useful even beyond the Covid-19 pandemic. It would not only help improve the State’s capacity to care for Covid-19 patients but also further strengthen capacity to manage other conditions associated with oxygen deficiency,’’ Mr Aghedo said adding that the facility is in the last stages of construction and will be handed over to the Lagos State Government very soon. He also stated that the plant could cater to the needs of Lagos and other nearby States daily when operational.

The company also indicated that it has made similar interventions in the past as it gave a glimpse into its intervention during another deadly infectious disease: Ebola
In his remarks, moderator of the session and the Country Communication Manager, Dr Charles Ebereonwu noted that while that the company had done a lot in assisting various levels of government to fight against the pandemic, it was telling the stories to inspire others to make their quota of contributions towards improving the lives of Nigerians. “By the time we aggregate the small bits of efforts by responsive corporate organizations like Total, a critical mass would have been achieved for economic development,” he said.
The Executive General Manager, Total Country Services, Mrs. Bunmi Popoola-Mordi thanked the journalists for attending the online session, saying the company was interested in feedback and attaches importance to stakeholder engagement.