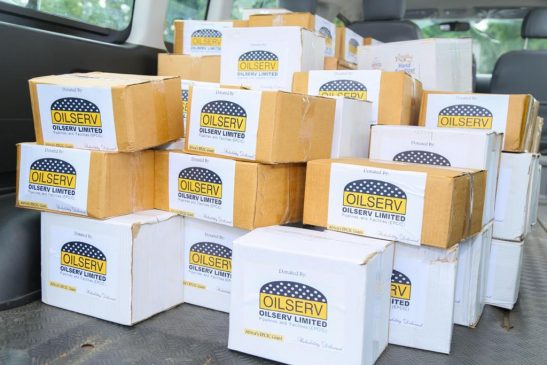 Nigerian engineering, procurement and construction (EPC) giant, Oilserv on Friday August 7, donated medical supplies and Personal Protective Equipment (PPE) to Enugu State Government and people, in furtherance of the Group corporate social responsibility initiatives and support in the fight against Covid-19 pandemic in the state.

This gesture is sequel to the Oilserv Group donations and support to host communities in Abia and Rivers States, in the fight against the pandemic and to provide palliative to the teeming populace, to help cushion its effect.

The donated items, which were  received by the Governor, His Excellency, Gov. Ifeanyi Ugwuanyi at the Enugu state Government house, were presented by Oilserv Boss; Engr. Emeka Okwuosa.

Oilserv commended the governor on his indefatigable effort and determination to keep Enugu State safe at this time of COVID-19 pandemic.