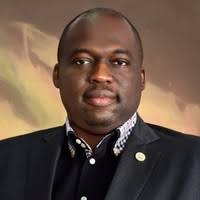 Coleman Wires and Cables has concluded plans to invest between $40 million and $50 million in order to produce new products in 2020.

The managing director/CEO of the company, Mr. George Onafowokan, said his company will soon start the production of oil and gas cables in order to conserve foreign exchange and create many multiplier effects, including jobs in the domestic economy.

He said: “For Coleman, we are expecting a lot. It should be noted that our investment into the sector is still the biggest in the whole of West Africa and it will continue to be so.  This year, we are spending between $30-50 million on expansion, meaning that we will be bringing in new products into the market from July to December 2020.

“Coleman, this year, will be going into the production of certain cables for the transmission sector. We will also be impacting the oil and gas sector through the production of our rubber cable in July this year – and that will be the biggest impact in the industry because it would be the second largest in Africa.

“In addition, that will enable us impact some of the projects in the oil and gas industry, especially those on the Bonga South-West project. The major advantage is that it will be possible to build a vessel (local or international) with 100 per cent Nigerian cables. We are also looking at solving this problem for other countries within the continent and this would see a lot of export generation and will boost economic growth. Part of what we are doing this year is backward integrating of our processes.”

According to him, “Train 7 has a massive impact on the entire nation. However, for us, it is important, as many cables would be required. We would lead the market share because of the size and capacity, but the good thing is others would also benefit from it.

“We need to stop flaring and invest more funds in harnessing our gas. We need to construct new or additional Trains. We cannot afford to delay anymore as we had wasted time in the past.”

He added: “I think there is a bit more hope now with the way the government has been overseeing things. There is a lot of misconception and mistrust on both sides between the government and the DISCOs and that is also part of why we’re all suffering because the DISCOs themselves, I’d say, they bought a product they didn’t understand and many are in a lot of financial mess because of what they bought that they didn’t understand. In addition, I think the government has tried over the years to try to intervene in some people’s crisis. However, now I would advise that both parties tread carefully and find a lasting solution to this problem together.

“There will be a massive difference because unfortunately they do not see it. It has to be well perceived by operators in many sub-sectors. For instance, there is not Local Content in transmission. We are hoping that the current management will change. The Ministry of Power has started to talk about it. I think that would grow the business a lot, not only cable, but also others. We need to stop politicizing the power sector and encourage it to develop local content policies and practices.

“In my view, Project 100 is doing very well, because a team of Nigerians that believes in it. There must be continuity from one team to the other believing in that dream. Moreover, I believe if they continue to hold faith and believe in the vision they have today; I do not see the Project 100 being impossible. It might take us time, but we will get close if not achieve 100 per cent of it. However, it takes steadfastness and commitment from everybody in the sector to allow Project 100 to be achieved.”