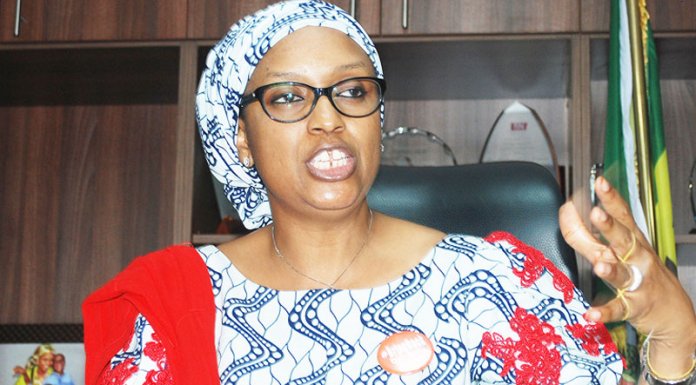 Concerned by threat to national security and the cost of doing business at the country’s seaport, the Nigerian Ports Authority (NPA) has notified the Nigerian Navy of its decision to dismantle the Secure Anchorage Area (SAA), operated on behalf of the Navy by a private company, OMSL Limited. NPA insisted that the security of the country’s waterways was the statutory responsibility of the Nigerian Maritime Administration and Safety Agency (NIMASA), Marine Police, and Nigerian Navy, which must all ensure a safe and secure Nigeria territorial waters.

The move by NPA has been hailed by stakeholders in the maritime sector, who claimed the initiative was timely to stave off a financial burden that the consulting company had brought on them.

A Secure Anchorage Area is an area outside the Lagos port that the Nigerian Navy, with a private company, has defined as a secure place where vessels can anchor safely from the threat of pirate attack.

THISDAY investigation reveals that vessels are charged $2,500 for the first day at the anchorage and $1,500 for subsequent days.

This means that OMSL Limited, allegedly, owned by a prominent politician penciled to challenge Edo State Governor Godwin Obaseki for the All Progressives Congress (APC) governorship ticket in 2020, on behalf of the Nigerian Navy, collects, averagely, $133.28 million (N47.98 billion) annually. It has been collecting this fee since 2014.

Worried by this, the Minister of Transportation, Rt. Hon. Chibuike Amaechi, had directed the NPA to write a letter to the Chief of Naval Staff to request that the Navy stopped the operation of the facility. The NPA, in the letter, stated that the revenue generated from the operation at a charge of $1,500 per vessel per day from 2014 to date was neither remitted to it nor the federal government.

NPA argued that the patrol boat, NNS Dorina P101, as mother vessel, and the interceptor vessels, NNS Agede P258 and NNS Torie P259, were all purchased by it for the Nigerian Navy to patrol the anchorage and not to be designated for use at a facility that has no relationship with it.

In the letter dated October 9, 2019, which was obtained by THISDAY, NPA stated, “Sequel to your letter ref: NHQ/CNS/015/54/00/Vol.X111/695 of January 2018 to the Honourable Minister of Transportation giving the background to your involvement with the creation and operation of the Secure Anchorage for vessels by OMSL, the Honourable Minister had directed that a letter be written to your service to request that you stop the operation of this facility for the following reasons listed below:

“One, by virtue of Port Act (1954), an Anchorage Area is an integral part of NPA statutory responsibility while NIMASA, Marine Police and Nigerian Navy ensure a safe and secure Nigeria territorial waters. Two, the Secure Anchorage Area (SAA) (Centre Point 06 17’30N/003 12’00E) established by OMSL is located within the port limit, which should be strictly under the management and control of the NPA.

“Three, it is established that vessels are directed and regulated to this facility by OMSL, who NPA does not have contractual agreement or other with. However, the Navy has a Memorandum of Understanding with OMSL and is providing security to the anchorage. Four, the continued operation of this facility by a private entity could pose security threat to the nation.”

NPA further stated that the operations of SAA added up to high cost for vessels coming to Nigeria through the charge of $1,500 per vessel per day.

It said in the letter to the Navy, “To this end, you are graciously requested to stop the operation of the SAA while a new framework – nearing conclusion – is being put in place to be managed by NPA in collaboration with your service and other government agencies that are critical to the operation of the anchorage.

“Please note that the authority will issue a notice to Mariners for the discontinuance of the SAA operation and a consequent amendment of the British Admiralty Chart-1381.”

When contacted for comments, Managing Director of NPA, Hadiza Bala Usman, confirmed the development. She stressed, however, that she was worried entrenched interests might fuel insecurity to give an impression that the SAA had to stay.

Usman stated, “We have also notified the Nigerian Navy that, that arrangement cannot continue anymore, and we anticipate a pushback from the operators of these safe anchorage areas. But we are going to sustain our position that vessels should not be charged for safe anchorage area.

The NPA managing director added, “I would like to say that any increase in insecurity in the Lagos waters, as relates to this, we are going to hold some people responsible, because once you remove, for example, a safe anchorage, they would try to intentionally create insecurity. I just needed to sound that as a point of reference.

“This safe anchorage has been removed, and we would work with the Nigerian Navy and NIMASA to secure the anchorage. Any attempt to create any insecurity, to justify the establishment of the safe anchorage area, would not be accepted, because our anchorage in the Lagos area has been very safe. We do not have any incidence or activities of militants in the waterways in this part.”

In their reaction, officials of many shipping companies applauded the NPA for the bold move, adding that this would go a long way in reducing port cost. The officials, who did not want their names in print, disclosed that NIMASA already collected security fees, saying the multiple fees are a major barrier to the growth of the shipping industry in Nigeria.