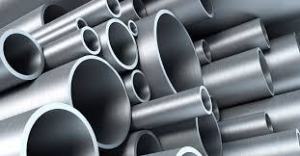 Beijing — China will tighten approvals of steel capacity swapping between companies and ban all new steel capacity in any form, the country’s economic planner said on Thursday, in order to streamline the sector.

The announcement follows illegal capacity expansions approved by local governments under the cover of capacity swaps, where companies move capacity between different regions to reduce the concentration of plants in polluted industrial areas. The new facilities have undermined Beijing’s efforts to reduction pollution and reduced steel capacity.

The central government will carry out inspections on capacity cuts to prevent closed projects from reopening, according to the NDRC statement.

The NDRC also said it will encourage mergers and restructuring in the steel, coal and coal-fired power sectors this year, and will eliminate all so-called zombie firms, companies with outdated equipment and debt that are no longer competitive, by forcing them to shut down or merge with other companies by 2020.

Since 2016, China has disposed of more than 1,900 zombie firms and heavily-indebted companies.

The NDRC last year had ordered local governments to help broker deals between zombie firms and their creditors, and to draw up restructuring plans by June 2019.

Steel mills will also be encouraged to launch large-size scrap recycling and processing centres and to adopt electric-arc furnaces that only use scrap metals to make steel and emit less toxic air compared to widely used blast furnaces.

The NDRC also said in the statement that it will support Chinese steel mills to set a “more reasonable” pricing mechanism on imported iron ore. It will also study how to boost the development of domestic iron ore miners and increase ore supply in the country.