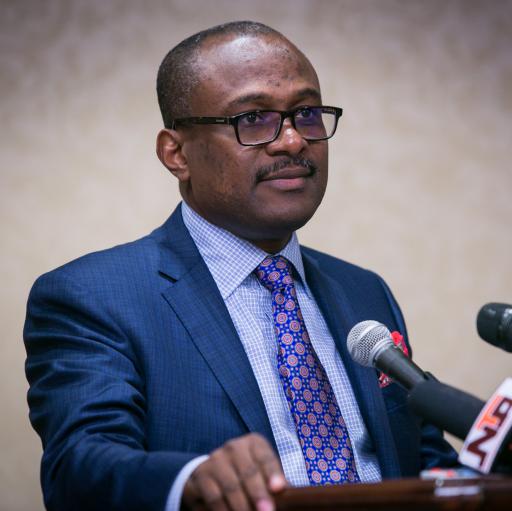 President Muhammadu Buhari has renewed the appointments of the Executive Secretary of Nigerian Content Development and Monitoring Board (NCDMB), Simbi Wabote and heads of two other agencies.

The heads of other agencies their appointments were renewed are:  the Executive Secretary, Petroleum Technology Development Fund (PTDF), Bello Aliyu Gusau and the Executive Secretary, Petroleum Equalization Fund (PEF), Ahmed Bobboi.
Wabote and Gusau were first appointed into their positions in September, 2016.
A statement by presidential spokesman, Femi Adesina   said the reappointments were made after recommendations from the Minister of State for Petroleum Resources, Timipre Sylva, adding that the reappointments take effect immediately.

“Dr Gusau is credited to have run the PTDF successfully in the past four years, keeping faith with the seven strategic priorities he had introduced in January 2017,” the statement reads.
“These are: domestication, cost cutting, sustainable funding, efficient internal processes, linkages with the industry, utilisation of centers of excellence, and pursuit of home-grown research.

“Ahmed Bobboi gets his reappointment for having run PEF in a way that made it a key and strategic player in the administration’s oil and gas reforms, especially in stabilising the supply and distribution of petroleum products across the country, among others.
“Wabote won his pips for managing the Nigerian Content Development Fund prudently, completing the headquarters building of NCDMB, and also initiating many landmark projects that are widely commended by industry players.”