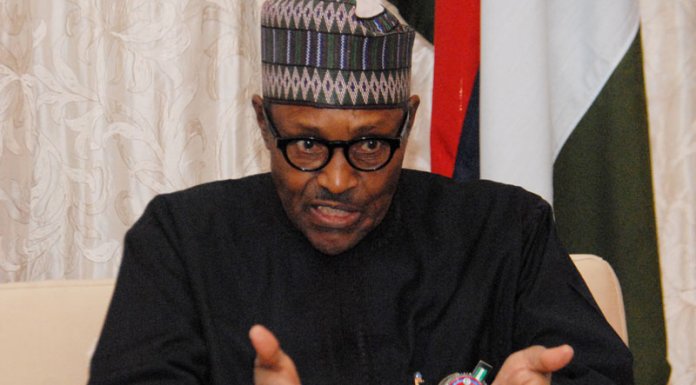 President Muhammadu Buhari thursday ordered the reconstitution of the Board of the Niger Delta Development Commission (NDDC), effectively sacking the new board led by Pius Odubu, which has since been cleared by the Senate.

The president also ordered a forensic audit of the organisation and subsequent inauguration of the reconstituted board after the forensic examination.

Buhari’s position countered the Senate, which had rejected the NDDC interim management board and insisted on the inauguration of the board appointed by Buhari and cleared by the lawmakers.

A statement by Special Adviser to the President on Media and Publicity, Mr. Femi Adesina, also quoted the president as saying that the Interim Management Team of the NDDC will continue to run the affairs of the organisation till the completion of the forensic examination.

The president said the supervision of the NDDC would remain under the Ministry of Niger Delta Affairs.
The statement read: “President Muhammadu Buhari has approved that the Board of the Niger Delta Development Commission (NDDC) be recomposed and inaugurated after the forensic audit of the organisation.

“The president has also directed that the Interim Management Team of the NDDC shall be in place till the forensic is completed, and that the supervision of the commission shall remain under the Ministry of Niger Delta Affairs.”

There has been a fierce battle over the running of the commission in recent times, particularly following the choice of Odubu, a former Deputy Governor of Edo State, as the head of the organisation.
The contest has stalled the swearing-in of Odubu and his team weeks after their confirmation by the Senate.
There has also been an agitation for independence of the commission from the control of the Ministry of Niger Delta with Akpabio, insisting on the supervision of NDDC by the ministry.

The Senate President, Dr. Ahmad Lawan, had also declared the Akpabio-backed interim management of the commission void after the confirmation of the appointment of members of the agency’s board.
He had asked the president to inaugurate the board immediately.

An interim committee set up by Akpabio currently manages the commission. The management comprises Joi Nunieh, acting managing director; Ibanga Bassey, acting executive director, finance and administration, and Cairo Ojougboh, acting executive director, projects.
The minister had said the committee would run the NDDC for six months and oversee the forensic audit of the agency.

But the Senate had refused to recognise Akpabio’s interim management team.
”With the completion of this process now (confirmation), I am sure that any other structure that exists now (in NDDC) is vitiated.

“I don’t think we have anything to worry about because this is one thing that is clearly established by law,”
Lawan had said while commenting on the confirmation of the nominees to the board of the NDDC.
On November 28, the upper legislative chamber had barred members of the interim management from defending the 2020 budget of the commission. It insisted that it would only deal with members of the board it approved.

President is Right to Keep Commission’s Board in Abeyance, Says Gaya

Meanwhile, a member of the Senate Committee on Niger Delta Affairs, Senator Kabiru Gaya, has said the president had done nothing wrong in keeping in abeyance the composition of the board of the NDDC.
Gaya, who was reacting to Buhari’s decision to reconstitute the board, added that the president’s latest move might have been based on latest information at his disposal.

“What the president has done is in order because he may want to get to the root of some issues that may have cropped up which we do not know and we don’t have to know, it is only when he brings up the names, we will screen them but it is between him and the leadership of the Senate.

“I am sure he will explain the reason to the leadership of the Senate and we trust our leader the Senate president and all the other leaders.

“We are here to assist the president to do a good job. In the event where he decided to make some changes and we found out those changes are important we will uphold it,” he stated.