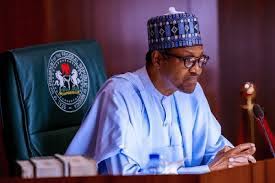 President Muhammadu Buhari has for the second time, blamed the banditry in Zamfara State on the mining activities in the region.

The president made this known recently in a statement by presidential spokesperson, Garba Shehu.

Mr Buhari had in 2019 banned all mining activities in Zamfara, saying they were to blame for the rise in banditry.

That ban, over a year ago, has not stopped the killings and kidnappings by bandits in Zamfara and neighbouring states.

Thousands of persons have either been killed or kidnapped by the bandits in Zamfara, Katsina, Sokoto, Niger, Kaduna and Nasarawa states since Buhari assumed office.

There had been suspicions that the criminality is a fallout of the artisanal mining of gold, lead and other mineral resources in those areas.

According to Mr Shehu, the president has ordered a fresh meeting in a bid to put an end to the resurgence.

He said an order has been given to the National Security Adviser (NSA), Babagana Monguno, to convene a meeting that will draw up a pathway to ending the menace.

“President Muhammadu Buhari has ordered for an immediate response to rising cases of bandit attacks on communities in Zamfara State.

“In a directive to the National Security Adviser, Major-General Babagana Monguno (Rtd), the President ordered that there must be a clear pathway to ending the resurgent banditry that has continued to cost lives and the displacement of thousands of families from their towns and villages,” he said.

Mr Shehu suggested that the president’s latest directive was because of a letter he received from a Zamfara official.

He said the Speaker of the Zamfara State House of Assembly, Nasir Magarya, had written a letter, appealing to the president to intervene in the matter.

“In this respect, a meeting is soon to take place that will deliberate on security and the issue of illegal mining which is fuelling the crisis in Zamfara State,” the statement said.

“In addition to NSA the convener, the meeting will be attended by Major-General Bashir Magashi (Rtd), Ogbeni Ra’uf Aregbesola and Architect Olamilekan Adegbite, Ministers of Defence, Interior, and Mines and Steel respectively.

“Also, to attend the meeting are the Directors-General of the Department of State Services, DSS, and the National Intelligence Agency, NIA.

“Beyond the problems of bandits and cattle rustlers, the scale of lawlessness has been aggravated by illegal miners who are harvesting resources they have no legal rights to exploit.

“Official statistics suggest that there are more than 20,000 such miners undermining this important part of the economy, operating in a manner that is extraordinarily harmful and destructive. The result is chaos.