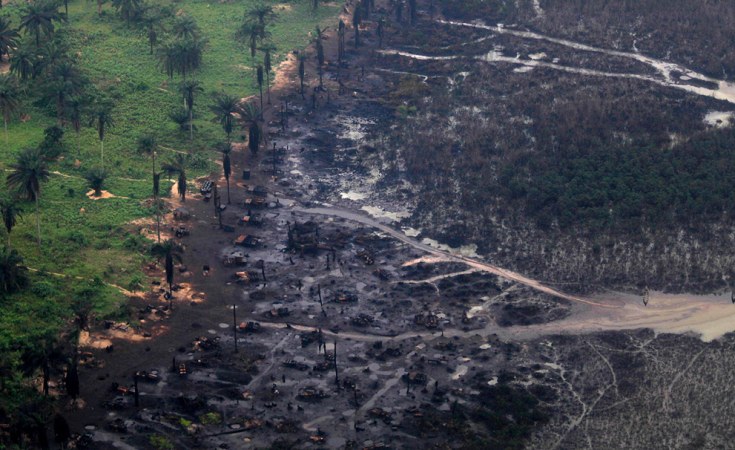 The 2011 Bonga spill victims, who have been pursuing legal means to actualise their quest to effect compensation under the aegis of Oil Spill Initiative Vanguard in a suit number HT -2017 -000383 and HT-2020 -143 Bonga Oil Spill, December 20th, 2011 against Shell Trading and Shipping Company Limited (STATSCO) and Shell Nigeria Exploration and Production Company (SNEPCO) have won the second round of the legal battle against SHELL the oil giant in the United Kingdom.

In a report by Oriental news ng, Mr. Harrison Jalla the Executive Director of Oil Spill Victims Initiative Vanguard (OSPIVV), an NGO dedicated to the pursuit of the rights of victims and communities affected by oil spill hazards, gas flaring and to ensure transparency and accountability in the extractive industries in Nigeria disclosed that a court in the United Kingdom has assumed jurisdiction to hear the suit before it.

“God being a Man of justice prevailed as the judgement handed down by the Hon. Justice Stuart Smith on the 2nd of March 2020 in the English court assumed jurisdiction and ruled in favour of OSPIVV, individuals and Community Claimants in the matter,” he said.

Speaking further he remarked:” l am glad to inform you that we are moving closer to the end of the tunnel with a silver lining, our case has since been heard on the 19th of November 2020 in a case management session by both parties under a new Judge, Hon. Justice (Mrs) O’ FARRELL which outlined how the matter will progress in the main trial.”

He said the battle for OSPIVV to ensure that the victims are compensated has been on since September 21, 2017, when the Group took the legal action through Johnson and Steller Solicitors.

He however hinted for reasons not disclosed that the former lawyers, Johnson and Steller Solicitors are now replaced by Rosenblatt Limited, a reputable oil and law firm based in Saint Andrew East Central London.

The Group Executive however noted that the journey to final destination for the victim’s dream of compensation is yet to be realised legally explaining” Having scaled the first and second hurdles, where judgement has been delivered in favour of OSPIVV, we still have one more protective claim pending in suit No HT -2020 -000143 filed on the 23rd of April 2020.

He expressed optimism that the next phase of legal battle will still turn out to be positive in favour of OSPIVV just like the first two instances, because the Group have iron cast alibis which the judges of the earlier courts relied on to deliver judgement in favour of the spill victims.

According to Mr. Jalla, the OSPIVV Executive, the Shell Group threw everything in the ring to contest the jurisdiction of the English Court to entertain the matter since 2017 just to ensure that it evaded payment to the spill victims and the affected communities.

He noted that the on-going action is to compel the Shell Group and its subsidiaries to do the clean-up, rectification, Restoration, compensation and payment of damages occasioned by the negative impact of December 20th 2011 spill.

The Oil Spill Victims official message stated that Shell Bonga Field Operations which discharged over 40, 000 barrels of crude oil into the Atlantic Ocean terminated the fishing activities of over 170,000 fisher men and women, while 450 communities between Delta and Bayelsa state were negatively impacted as a result of the pollution.

The Group noted that an area in the sea measuring over a distance of 185km along the Nigeria Coastal line was deserted by fishermen because of the unbearable effect of the pollution, even as farm lands and vegetation were contaminated across board in the affected area in Delta and Bayelsa states during the oil spill.

Fiscal terms in current PIB, may cause Nigeria to lose 30% deep-water production by 2030-Experts say