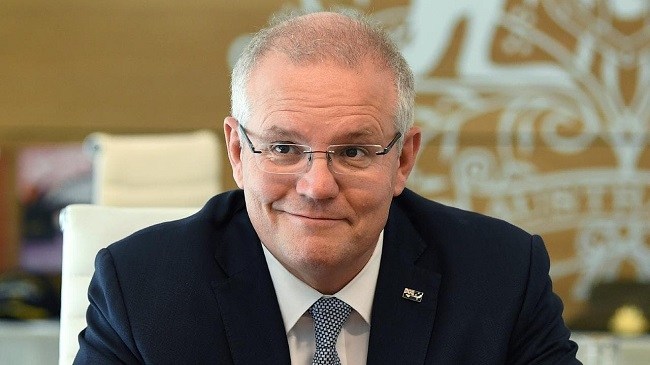 By Majorwaves On Aug 14, 2019
0 3
Share
Australia has announced 500 million Australian dollars ($338 million U.S.) in funding for the Pacific region to tackle climate change, including disaster resilience and renewable energy investment.

“The Pacific is our home, which we share as a family of nations,” Australian Prime Minister Scott Morrison said Tuesday, August 13, 2019 ahead of a visit to Tuvalu to participate in the Pacific Islands Forum.

The aid will also fund a hydro-electric power project in the Solomon Islands, roads and bridges in Papua New Guinea and climate resilient schools in Kiribati.

In recent years, Australia has faced a serious backlash from its Pacific neighbours for not doing enough to tackle its carbon emissions, continuing to invest in coal production and using Kyoto carry-over credits to meet Paris climate deal targets.

On Monday, Fijian Prime Minister Frank Bainimarama asked Australia “to more fully appreciate” the “existential threat” facing Pacific nations, saying Australia should hasten its transition to renewable energy as achieving net-zero emissions by 2050 won’t be possible with the continued use of coal.

Tuvalu Prime Minister Enele Sopoaga, who is hosting the forum, said regardless of how much money is invested, “it doesn’t mean anything if you are contributing to the serious impacts of climate change.”

“Australia needs to do more,” said Claire Anterea, a climate activist based in Kiribati, one of the small island states most at risk due to rising sea levels

NCD: Beyond Oil, Gas “we’ll work with National Assembly to convert the executive orders into an Act.”

THE 50TH ANNIVERSARY OF EARTH DAY UNITES TENS OF MILLIONS OF…