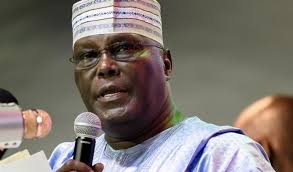 Mordi chukwunonso Esther Former Vice President, Alhaji Atiku Abubakar has commended President Muhammadu Buhari’s willingness to privatize the nation’s existing refineries and other assets to revamp the country’s economy.
Atiku, who was the PDP presidential candidate in the 2019 general elections, said he has always championed the privatization of the nation’s economy and deregulation of the oil and gas sector for efficiency.

Atiku gave this commendation in a message on Sunday, titled, ‘Privatisation of Refineries and Other Assets: Better Late Than Never’. Atiku disclosed that his idea of privatizing the nation’s refineries was never about him, but for the prosperity of the country.
He said: “For decades, I have championed the privatization of our economy and full deregulation of our oil and gas sector, amongst other sectors, for greater service delivery and efficiency.
“As chairman of the National Council on Privatisation, I advanced these policies which saw our economy achieve 6 percent Gross Domestic Product, GDP growth and created jobs for the masses of our people, and amass the national wealth that enabled us to exit the debt trap, and secure our financial independence.”
Atiku further noted that his vision for Nigeria was ridiculed by the ruling party at the time; the reality, he said, now stares the President Muhammadu Buhari-led government in the face, to the extent it can no longer deny same.
The statement continued: “Even though my ideas were scorned by the All Progressives Congress-led federal government over the years, I am nevertheless most fulfilled that an administration that once failed to see the wisdom in these sound economic policies, is now facing reality and has now embraced reason, by announcing the privatization of our refineries and other assets, which have not always prospered under public management.
“It is always better late than never. And I commend the Federal Government for coming on board. I urge that the privatization process be as transparent as possible, as that is the only way to ensure that Nigeria reaps the greatest economic benefits from this policy.
“It was never about me. My interest has always been the peace, prosperity, and progress of Nigeria, and I am happy to share these ideas, and others, with the government of the day, for the betterment of our nation and its people”.

Petrol hike: IPMAN urges Nigerians to get ready to buy petrol at N195 per litre