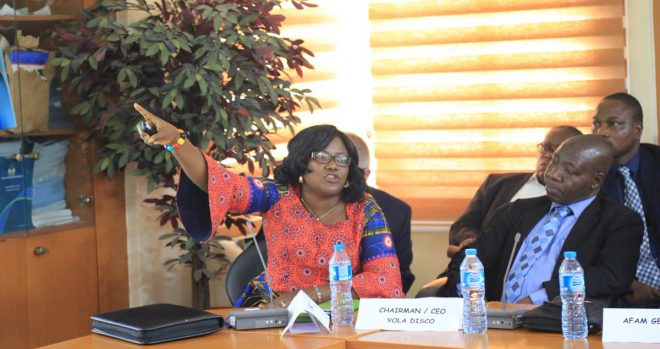 They had through their representative noted that the Nigerian Electricity Regulatory Commission (NERC) had not captured all the changes.

Mrs Joy Ogaji, Executive Director of the Association of Power Generation Companies (APGC), the Umbrella body of the GenCos raised this concern in a statement issued in Abuja on Monday.

Ogaji said the GenCos concern related to the fact that NERC had not captured all the ‘changes’ in the relevant macroeconomic variables and available generation capacity.

This, she said, was in the area of updating the operating 2015 Multi Year Tariff Order (MYTO) in line with the provisions of the MYTO Methodology.

Ogaji said that the seeming gaps were shown through the four parameters considered in the minor review namely: inflation, interest rates, exchange rates and generation capacity as it affects or impacts our business.

She said that the GenCos were concerned about the financing of the shortfalls, given the fact that there was no provision in the 2019 or 2020 budget.

“ What is the Power Sector Recovery Programme (PSRP)  financing initiative? What is not clear is who will take charge of the financing plan.

“ Do these plans and facilities even exist? If so, what are the terms under which they were created, if not in existence, right now, who is working to create them and when will they be ready?, ‘’ she asked.

Ogaji said that DisCos remittance water fall for year 2020 of the minor review indicates that GenCos on average will receive 36 per cent  of their revenue requirement while DisCos will receive 100 per cent if they fulfill their obligations.

She asked for the justification behind GenCos getting 36 per cent of their revenue requirement, while the DisCos received a 100 per cent  if it manages to make the minimum remittance which from APGC  investigation DisCos have not adhered to.

Ogaji said that NERC needed to address the issue of previous failed reviews and state how this review would be different in terms of effectiveness and implementation.

“The GenCos will further appreciate if the regulator can critically look into the following: The issue of the requirements for DisCos revolving letter of credit to Nigerian Bulk Electricity Trading Company (NBET) .

“ Is any modality in place to ensure that the DisCos provide the required three months revolving letter of credit? If not, this review is as good as the rest!

“There has to be an effective mechanism for the payment of revenue shortfalls outside the current best endeavour conjecture.

“ Payment delayed is payment denied, and the cost of such delays should serve as an input to the tariff in the form of cost to the GenCos considering the time value of money, ‘’ she said.

Ogaji said that the regulator should, in addition, as part of the process of this minor review, educate the GenCos on the methodology for the determination of the minimum remittance for the DisCos.

NERC spokesperson, Mr Usman Arabi, on the issue, he promised that he would get more information and get back to