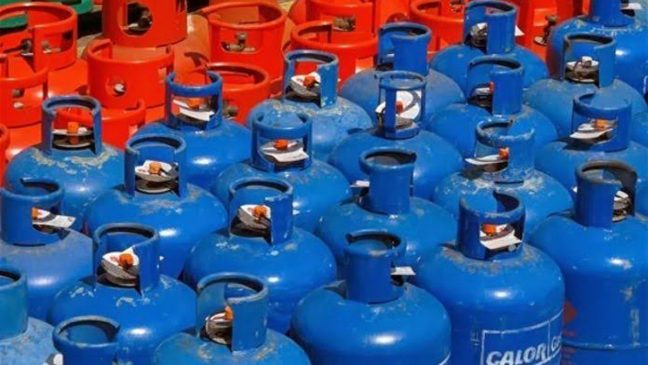 The Nigerian Association of Liquefied Petroleum Gas Marketers (NALPGAM), says it has distributed no fewer than 10,000 6kg cooking gas cylinders with burners to Nigerians in the last 12 months.

The Executive Secretary of NALPGAM, Mr Bassey Essien, who made this known in a statement issued on Thursday in Lagos, said the gesture was part of efforts to deepen usage of gas penetration in the country.

Ogieva – Okunbor said that the LPG usage awareness campaign also involved a demonstration of how to use cooking gas, safety precautions to be observed in cylinder handling, checks for leakages and cylinder maintenance.

He said: “NALPGAM is committed toward taking cooking gas into every household in Nigeria.

“With the free cylinders given out today, we have freely given out 10,000 cylinders in seven states of the country and we are still going to other states until the desired level of awareness and consumption is achieved.

“We cannot be so blessed with LPG in Nigeria and our citizens particularly the cooking population of our women in rural areas are suffering to cook.’’

Ogieva-Okunbor noted that the use of unclean cooking energy like charcoal and firewood has had very negative effect in the climate due to deforestation and creation of arid land.

He said according to the World Health Organisation (WHO), the usage of unclean sources of cooking accounted for many cases of respiratory tract diseases and deaths, particularly among women and female children.

The NALPGAM president said the free distribution of the cylinders was to support the ongoing plan by the Federal Government to increase LPG consumption by Nigerians to five million in 2023.

Akinyosoye said deepening LPG penetration in Nigeria, particularly in the rural areas, required the efforts of all stakeholders in the sector.

On her part, Mrs Margaret Adeseye, Director of Lagos State Fire Service, appealed to the beneficiaries of the free cylinders to adhere strictly to the safety procedures as demonstrated in the use of cooking gas.

She stated that the essence of the 6kg cylinders was for ease of carriage and refilling, saying beneficiaries could refill the amount they could afford at any particular time.

Responding on behalf of the beneficiaries, Mrs Yemisi Sulaimon, thanked the gas marketers for the gesture and assured them that they would put all they had been taught to good use and switch fully to gas usage in their homes.