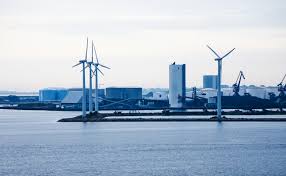 Mordi Chukwunonso Esther
Regional and global business leaders, policy makers and government representatives throughout the energy sector convened at the Asia Pacific Energy Week to discuss regional challenges and opportunities.
The 2-day virtual event, Themed ‘Shaping the Energy of Tomorrow’, Held from March 9 to 10, 2021 saw more than 2,500 participants actively engage in the discussions, opinion polls and questions.
The primary objective focused on fostering an ecosystem of collaboration and co-creation between stakeholders to help meet the world’s sustainability goals, boost economic growth, create new jobs and industries, improve human welfare and attain carbon neutrality by 2050.
Over the two days, the thought leaders in diverse panel sessions deliberated and arrived at 7 key trends for a successful transition towards a sustainable energy future which are: Access to reliable, affordable and sustainable energy supply is a necessity for economic growth,Ramp up the contribution of renewable energy for long-term sustainability, Utilize technology for efficient and cleaner use of energy, Embrace emerging and cleaner energy resources like Green Hydrogen, Digitalization and AI-driven technologies will form the core of a future-proof and efficient transmission system, Access to sustainable, competitive capital will accelerate the energy transformation journey and Collaboration among stakeholders is imperative for the transformation of the energy landscape.
Speaking on the first key trend, Energy Secretary, Department of Energy Philippines, H.E. Alfonso G. Cusi said access to reliable, affordable and sustainable energy supply is a necessity for economic growth. “In the Philippines, about 95% of society is energized. The biggest issue for us is the affordability of tariffs followed by concerns of energy security as our energy infrastructure is in the hands of the private sector. Therefore, we need to find the balance between accessibility, affordability, and sustainability. As regards to our country’s sustainable future, we have issued a moratorium for green power plants. We have also signed various MoUs to develop Hydrogen solutions and are looking at the electrolysis technology for power generation.”

On the second key trend, Minister of Energy and Mineral resources Indonesia, H.E  Arifin Tasrif said “Under our National Grand Energy Strategy, we hope to bring more renewable into the energy system of about 23% of the energy mix by 2025, its equivalent to additional 38GW renewable powerplant by 2035. We have a lot of resources that are fossil-based such as coal deposits, oil and natural gas as well as enormous renewables potential are our primary energy sources. In the next 10 years, we want to leverage on technology to build up capacity and infrastructure including 18 priority transmissions, 7 smart grid projects and renewable energy. Another program to reduce petroleum consumption, we have about 5,200 diesel power plants right now scattered across 2,130 locations in Indonesia and we are serious on the journey of converting diesel plants to renewable energy to possibly reduce up to 0.7mil tonnes of carbon emissions.”
Speaking on the third trend, Member of the Executive Board, Siemens Energy AG, Dr Jochen Eickholt said “Asia Pacific is not only the fastest growing region but also the fastest transforming market. With more than 50% of our portfolio based on decarbonized technology and over 20% revenue generated from Asia Pacific, Siemens Energy has been – and will be – committed to supporting countries on their individual paths toward decarbonization. We drive the shift from nuclear and coal to gas and provide grid technologies to support the integration of renewables.”

Speaking on the fourth key trend, Hon Dan Van Holst Pellekaan MP, South Australian minister for Energy and mining said “We see green hydrogen as a key means to achieving this ambition (of wanting to export our renewable energy to the world) and firmly believe that South Australia can become a hydrogen supplier of choice to the Asia-Pacific region. We have been a leader within Australia with our vision to become a world-class hydrogen supplier – as the first Australian jurisdiction to showcase our hydrogen vision through the 2017 Hydrogen Roadmap, and which was reinforced by the release of our Hydrogen Action Plan in 2019. The action plan outlines 20 specific actions across five important themes, with the objective of scaling-up renewable hydrogen production for domestic consumption and international export.”
Speaking on the fifth key trend, Senior Vice President, Networks Meralco Philippines, Ronnie El Aperocho said,  “Digitalization is the definition of the future. Utilities will stand to gain exponential benefits from digital solutions. On our end, digitalization helped us to maximize our asset management and performance especially during the pandemic, to support decision-making and analytics in addressing the changing loads of our distribution transformers. There are ample technical solutions that we can ride on but these require capital investment that requires regulatory approvals, and close collaboration with stakeholders on what projects to pursue and prioritize. In order to drive execution to become much cheaper, we will need the strong support from regulators and the government, as well as a close collaboration within the energy sector. The power to make Mother Earth a better place is in our hands.”

Speaking on the sixth key trend, President and CEO, Siemens Energy AG, Christian Bruch said “To successfully drive the transformation of energy systems worldwide, sufficient financial resources are needed. Take Europe, where we need an estimated €30 trillion by 2050 to decarbonize all our systems. To accomplish this mammoth task, private capital is needed, as well as the appropriate political framework conditions. Again, it’s all about collaboration. The good news here – this is growing enormously.”

Dato’ Nor Azman bin Mufti, Managing Director, TNB power generation added “In my view, achieving any nett zero carbon goals will require a complete supply chain of understanding, collaboration and agreement between the different parties, namely, legislators, government and consumers. The conversion from fossil fuel to renewable energy requires political will, legislations and policies in place, the willingness to push for change and agreement of consumers to pay a higher premium (with renewables). For power generators like TNB, we are more than happy to support and transform if there is some subsidy to defray the costs of our investment. As the audience poll suggested, more than 70% of popular opinion believes that policies and regulations provide the most impact to decarbonization. For Malaysia, solar will be the most sought -after renewable source followed by wind power, while battery storage will be the game changer of the energy of the future.”

Speaking on the seventh key trend, Director General, the international renewable energy (IRENA), Francesco La Camera said “To get to a sustainable energy future we have to join forces. Public sector and private sector must work in tandem for two main reasons. First, private sector capital will accelerate investment and there is a need for more public-private partnerships. Second, companies will translate emerging business strategies into viable business models, developing bankable projects and driving technological innovations. IRENA continues working with all stakeholders to accelerate energy transitions around the world.”

“As the world’s fastest growing economic region today, Asia Pacific is witnessing increasing urbanization, rising population and monumental energy needs. With Asia Pacific accounting for more than half of global energy consumption, and with 10% of the population still lacking access to basic electricity, the question is how to bridge into an affordable, reliable and sustainable power supply, while improving energy access,” said Christian Bruch, President and CEO, Siemens Energy.

With prices of renewables declining and with grid stabilization technology advancing, ramping up the contribution of renewable sources makes economic sense and will also drive long-term sustainability for the region. Governments can contribute with policies and regulations driving this change, and the industry could translate emerging business strategies into practical busines models, develop reliable projects and drive technological innovations. To accelerate the energy transition, all stakeholders must join forces and work towards the transformation.Audience engagement also revealed some vital insights on energy transition:

The event was organized in collaboration with the German Chambers of Commerce Abroad (AHK);  the Asia-Pacific Hydrogen Association;  the Global Manufacturing and Industrialization Summit (GMIS); Masdar – a global leader in renewable energy and sustainable urban development which is wholly-owned by the Abu Dhabi government’s Mubadala Investment Company, and Siemens Gamesa.
Siemens Energy is one of the world’s leading energy technology companies. The company works with its customers and partners on energy systems for the future, thus supporting the transition to a more sustainable world. With its portfolio of products, solutions and services, Siemens Energy covers almost the entire energy value chain – from power generation and transmission to storage. The portfolio includes conventional and renewable energy technology, such as gas and steam turbines, hybrid power plants operated with hydrogen, and power generators and transformers. More than 50 percent of the portfolio has already been decarbonized. A majority stake in the listed company Siemens Gamesa Renewable Energy (SGRE) makes Siemens Energy a global market leader for renewable energies. An estimated one-sixth of the electricity generated worldwide is based on technologies from Siemens Energy. Siemens Energy employs more than 90,000 people worldwide in more than 90 countries and generated revenue of around €27.5 billion in fiscal year 2020