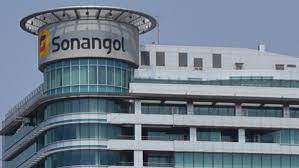 Angolan state oil company Sonangol said that it is selling, in part, its stakes held in eight oil blocks to reassess its investment portfolio, ensure compliance and implementation of its exploration and production strategy, from 2 to 10 percent by 2027.

The stakes are those held in offshore and onshore blocks, mostly in operation, and others in exploration and development.

According to the chairman of the Executive Committee of the Exploration and Production Unit (UNEP), Ricardo Van-Deste, the company also wants to reduce its financial exposure and participation interest, striving for an efficient management of survey rights of crude oil from Sonangol.

With remaining reserves, Sonangol wants, with these sales, to ensure the company’s commitments in the blocks in which it supports as a partner and to guarantee the continuous investment in the concessions in which it operates.

For the investors interested in this process, the national oil company guarantees quick entry into the Angolan market, without being through a public tender or direct negotiation, if they comply with the necessary requirements to be considered members of the national concessionaire.

In these blocks, Sonangol says that investors will face the reduction of geological and financial risks for the assets in production, in addition to the existence of sharing of efforts and financial risk for the blocks in the exploration phase.

Located in the Congo Basin (offshore), Block 3/05, for example, has 54 drilled wells (33 exploration and 22 under evaluation).

There are eight fields in production in the block; Pacassa, Búfalo, Palanca, Impala-Southeste, Cobo, Pambi and Combo, in addition to 11 production and processing platforms.

The block 4/05, located in the Congo Maritime Basin, and which has been operating since April 2009, has seven development wells with reserves estimated at 143 million certified barrels.

The characteristics of the other six blocks were also presented to potential investors, who will have to submit their proposals to Sonangol by the 6th of August of the current year.

The launch of the process was witnessed by the Minister of Mineral Resources, Oil and Gas, Diamantino Azevedo.