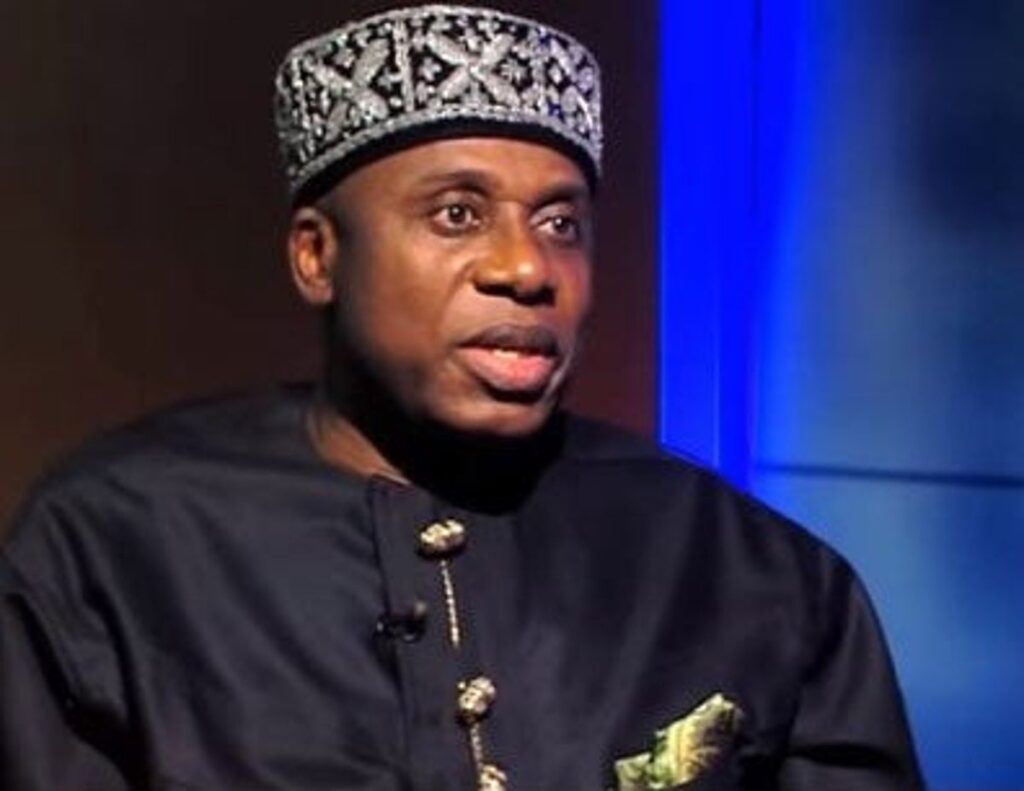 This was even as the transportation minister mulls upgrade of the maritime academy from a monotechnic to University due to the recent infrastructure and maritime equipment purchased by the current management of the institution.

The minister who commended the present Rector of the academy, Commodore Duja Effedua (rtd) wondered why past management of the  institution allowed it to rot away.

According to the minister, the academy with the latest equipment can now compete favourably with its contemporaries in Africa as well as reduced foreign exchange used in training middle level officers outside the shores of Nigeria.

Amaechi who also spoke about upgrading the academy to university status advised the rector to build more laboratories as well as equip them.

“When last time I came here, the rector was doing well in infrastructure. I told him anyone can do infrastructure and I ask him to focus on faculty and I am glad to come here and to see improvement in faculty. They have been able to purchase and put in place simulators and I have also asked him to please train his staff because it is shameful that this institution started at the same time with the one in Egypt and Philippines and we are like a secondary school,” he said.

Speaking on the upgrade to university, the Minister said, “this institution is more like training middle manpower for the nation’s maritime sector so when he dropped me here this morning, I said there should be a way we can upgrade this place to university and the only way is to improve in faculty, expand on infrastructure not necessarily hostels and classrooms but laboratories, and other instrument for maritime activities. if he gets it right, application to NUC will not be difficult.

Amaechi said, “Maritime Academy is lucky because they are paid 5 percent of whatever NIMASA is generating so funding will not be their problem but capacity to manage the institution.

Speaking on the simulators, the Rector, Maritime Academy of Nigeria, Duja Effedua explained that in all, the Academy has ten simulators.

“We have the Full Mission Bridge simulator, the Full Mission Engine Room simulator. The Multi-Functional Classroom is a combination of eight simulators. The software’s are there for whatever programme that the instructor wants to run. For example, if the student wants to learn Rules Of the Road, the system will change to Rules Of The Road. If it is GMDSS that the instructor wants to teach, the system will change to GMDSS.

“This is the latest in the world of simulation because the regular generic simulators can’t train more than four or five people at a time. Whatever you saw at the Full Mission Bridge can be done at the Multi-Functional Classroom,” Effedua said.

On the prospect of offering training to the oil and gas industry which used to be done abroad at a very expensive rate, the Rector explained that, “The programmes are there. Whatever form of training that anybody wants to go and do abroad is now available here. For example, Simulation awareness course in Dubai for one person costs about 2000 Dollars. As an institution based in Nigeria, we can do that same course for Nigerians for between 500 to 700 Dollars equivalent in Naira. The certificates are the same, the training the same, so if anyone chooses to go to Dubai and spend so much on a training that can be done here in Nigeria for twice as low, it’s the person’s choice.

The rector noted that the aim of the Federal Government is to build capacity, not to make profit as training done abroad like the Dynamic Positioning training, High Voltage training which are done abroad at huge cost can now be done in the Academy for twice as low of what they will spend abroad.