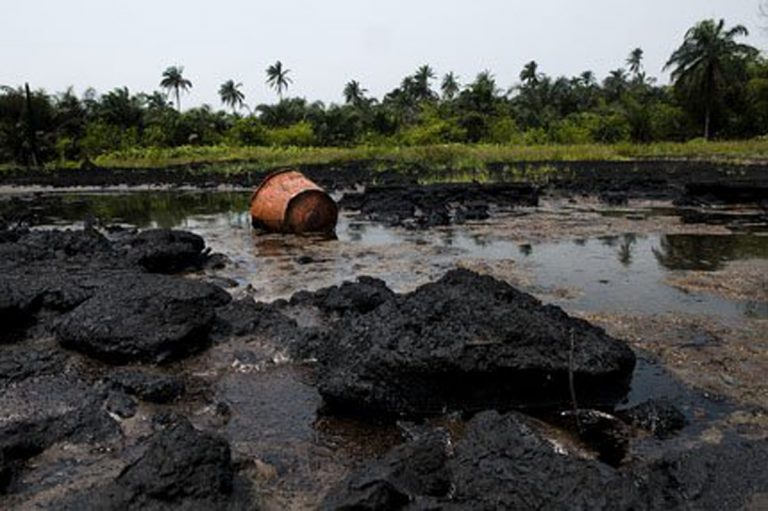 They alleged that the oil firm arbitrarily determined the compensation for the incident in spite of the Joint Investigation Visit (JIV) report on the matter.

They claimed the spill had impacted and polluted an estimated area of 113.03 hectares.

The JIV report obtained  states that  the leak on the pipeline at three spots were caused by equipment failure.

It added that the leak discharged 1,114 barrels of crude oil into the environment.

Mr Friday Otigha, a Community Leader and member of the Community Development Committee in Aghoro 1, said that the N34 million  offered by SPDC was unacceptable and had no relation with the impact assessment report.

He alleged  that SPDC connived with some unauthorised community leaders to foist the arbitrarily determined compensation which fell short of NOSDRA’s compensation rate, a development that attracted sanctions for those individuals.

Otigha recalled that the leak was reported on May 17 but the JIV was on  June 23, a development that worsened the  impact of the spill on the predominantly fishing coastal community.

He said hundreds of impacted fishermen thrown out of business  by the incident were disappointed at the turn of events as they had expected SPDC to act in line with international best practice.

He urged the Federal Government to prevail on SPDC to retrace its steps and resolve the compensation in line with existing oil spill compensation guidelines set by the regulators.

Mr Bamidele Odugbesan, Media Relations Manager, SPDC, had earlier  given an assurance that the firm would compensate victims and  remediate polluted areas.

Reacting to the allegations, Mr Michael Adande, a Spokesman  for SPDC insisted that the firm acted with industry stakeholders to arrive at the compensation.

“The SPDC conducts a comprehensive damage assessment and enumeration exercise with active participation of other members of the Joint Investigation Visit Team, especially the impacted claimants.

“We also use geomatrics map to establish the exact area of impact and extent within SPDC’s Right of Way or third party area and the degree of impact to arrive at a fair compensation value.

“In the case of the regrettable incident in Aghoro in Bayelsa State and Odimodi in Delta State in 2018, SPDC has paid the agreed compensation to the affected persons and communities.

“The NOSDRA Post-Impact Assessment report, however , included N2.74 billion as ‘ecological damage assessment’ for environmental restoration and not as compensation.