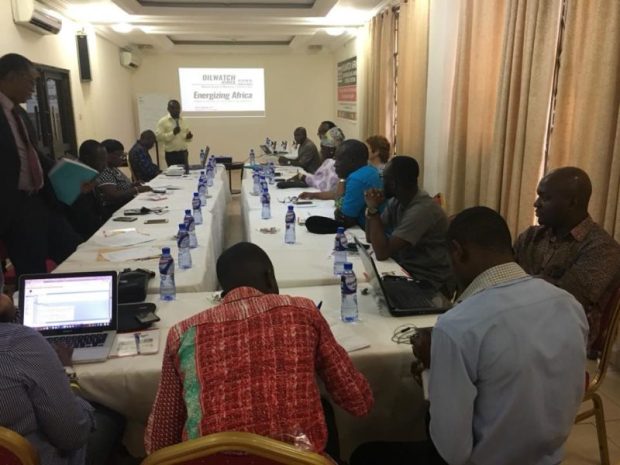 By Majorwaves On Aug 10, 2019
0 6
Share
Africans have been called upon to stand together in the global struggle for climate justice. Representatives of Oilwatch Africa from 15 countries, who made the call at the close of a meeting in Port Harcourt, River State on Thursday, August 8, 2019, also want the continent to stand in solidarity with people of the Niger Delta and the movement against coal.

In a Declaration titled “Stopping the Extractivist Addiction” and made available to EnviroNews on Friday, August 9, Oilwatch members also resolved to continue to support women in the fight against fossil extraction in Africa.

In solidarity with the people of the Niger Delta, Oilwatch members, allies and community representatives reminded the world of the martyrs of the environmental justice struggles in Africa and around the world.

“This year marks the 24th anniversary of the execution of Ken Saro-Wiwa, the Ogoni leader, activist and Africa’s foremost environmental justice campaigner. Oilwatch Africa resolved that their struggles will not be in vain and those responsible for their murder must be brought to book,” the group said in the Declaration.

They demand the hastening of the process and speedy completion of the oil pollution clean-up exercise ongoing in Ogoniland, even as they flayed the privatisation of water on the continent.

“Governments have failed to live up to the responsibility of protecting the environment and safeguarding the livelihood of the people, erroneously believing that monetary benefits from fossil extraction is a fixation to climate change.”