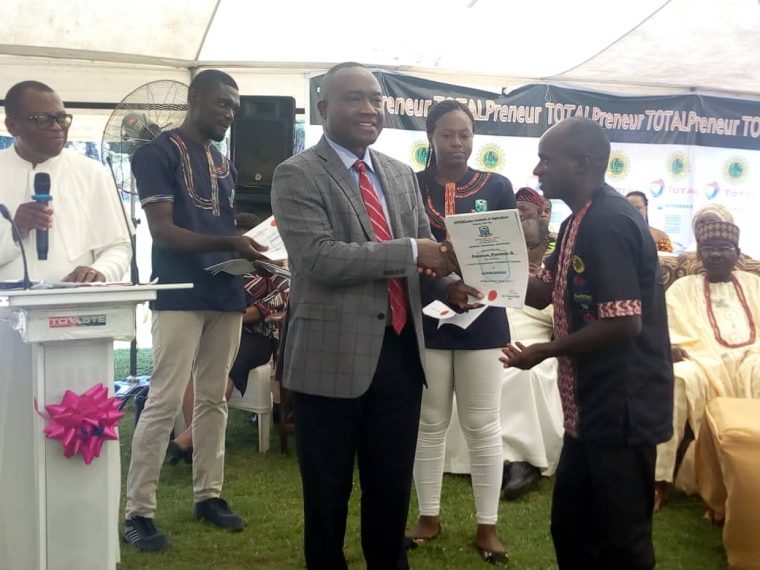 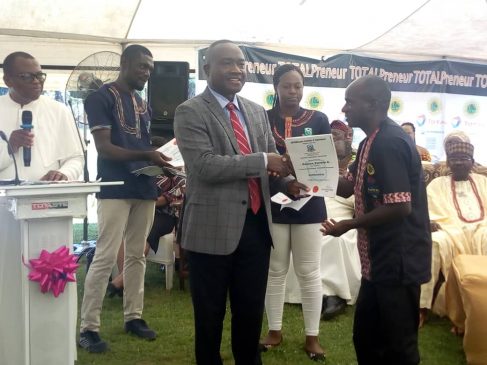 No fewer than 60 young Nigerians were today graduated from TotalPrenuers programme  in agriculture and vocational skills in Osun  State sponsored by Total Upstream Companies in Nigeria.
The youths which were selected across the nation were the 4th batch of the Total upstream graduating students that were trained in agriculture and vocation skills.
The 60 young Nigerians were trained under a programme tagged “TOTALPrenuers at OFFERcentre institute of Agriculture, Oluponna in Iwo Local Government Area of Osun State, which 30 students were trained in Agriculture, 30 students were trained vocational skills.
Speaking at the graduation ceremony,  Mr Mike Sangster, the Managing Director, Total Upstream Companies in Nigeria, said that the youths were drawn from all the six geo-political zones in the country for the training.
Sangster who was represented by Mr Vincent Nnadi, the Executive General Manager, CSR and Medical Services, said  that under  the agriculture programme,  30  youths  were trained in fish farming,  animal husbandry,  pottery,  crop production, among others.
He said  that the remaining 30 were trained in catering and hotel management, Event management , photography,  Arts and Crafts,  among others.
Sangster said the youths  also received training in Entrepreneurship, Business Management,  Computer Appreciation,  Accounting and Marketing among others.
The Total boss said that the company had trained over 240 youths at the Institute with more than N100 million invested in the training.
According to him, Total came to OFFERcentre in 2016 and since then Total had invested over N100 million in partnership with OFFERcentre.
“And by this, we have transformed  240 young men and women from being applicants and job seekers to Entrepreneurs and employers of labour”, Sangster said.
He said the training of the youths was in furtherance of Total Corporate Social Responsibility,  as part of the company’s Deep Water Operations.
He added that Total would monitor the youths, adding that the successful ones  among them will receive further support from Total to help grow their businesses. 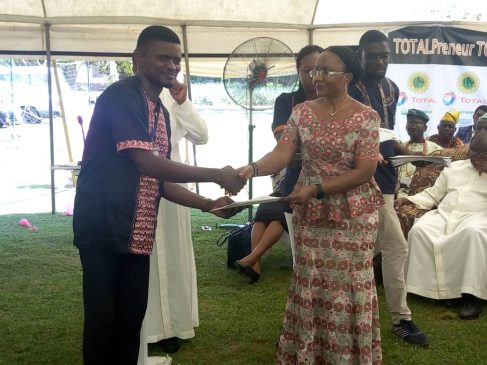 In his remarks, Reverend Macarius Olatunji,  the Rector of the Institute,  said the  youths were the fourth set be graduating from the centre since inception in 2016.
Olatunji said the 60  graduating youths brought the total number of trained youths  to 240 since inception.
“You have trained 240 youths in four years. Don’t look at it as a small number in relative terms.
” But this will create the needed ripple of entrepreneurs not just from the direct beneficiaries but also other companies whom you have inspired”, Olatunji said.
He said the training given to the youths was enough to take them out of poverty, urging them to embrace self- employment.
The Rector said the graduating youths comprise of 31 female and 29 male.
He said the youth were taken through the totality of agribusiness as well as catering, hospitality and crafts for three months.
” OFFERcentre Institute of Agriculture is not a conventional school but rather it is a centre of creativity and innovation,  borne out of the need to order solutions to some of our challenges as a people”, Olatunji said.
In his remarks,  the governor of the state Gov. Gboyega Oyetola,  urged the youths to utilise the the training they have received to benefit themselves.
Oyetola who was represented by Mrs Gbemisola Fajorin, Director-General of Osun Agricultural Development Programme, said  his administration would continue to make agriculture a priority.
Some of the graduating youths who spoke with newsmen expressed their gratitude to Total and OFFERcentre for the opportunity given to them.
One of the graduating students, Miss Gladness Eigbe,  who was trained in catering and hospitality said the train she received was enough to see her through in her business.
Eigbe,  a native of Edo state and   a graduate of Economics said she was ready to be an employer of labour and not a job seeker.
Also,  Mr Martin’s Numbe,  another trainee,  said he was eager to start his agriculture business to develop his future.
The youths were given starters-pack to start up their business at the end of the ceremony. 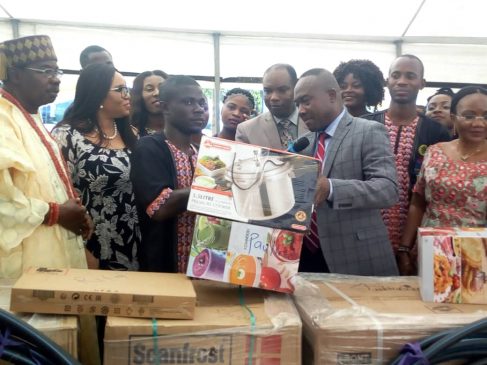