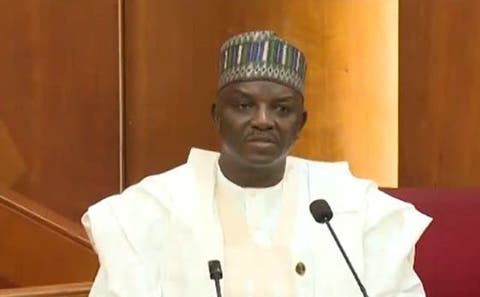 $6.15billion has been secured for infrastructural development- FG

The Federal Government has said it has secured $6.15 billion for infrastructural development in the power sector.

This was disclosed by the Minister of Power, Engineer Sale Mamman in his report titled ‘’one year Anniversary: Key achievements which was obtained by Energy Vanguard. He said ‘’I am glad to state that to date, $6.15 billion has been secured for Infrastructural development.

The total sum has been set aside for the following critical projects: $2.3 billion Siemens, $1.6 billion, transmission Rehabilitation and Expansion Programme, $1.7 billion DISP and $550 million NEP (WB/AFDB).

‘’with the securing of the $6.150 billion in funding, the Federal Ministry of Power, under the present administration, has commenced the implementation of critical infrastructure that will enable the country to achieve generation, transmission and distribution of 25,000mw of electricity by 2025.

‘’we embarked on the biggest infrastructural development along the entire electricity value chain in the history of the Nigerian power sector.

‘’this development referred as Presidential Power Initiative aims to systematically up-rate end-to-end capacity of the bulk power system from generation to last-mile delivery, thus reducing system constraints, enabling wheeling capacity of power to be sufficient to drive industrial growth in the country as originally envisaged by the Economic Recovery and Growth Plan (2017).

‘’the initiative is structured into three phases, aimed at increasing power delivered to Nigerians to 7GW in the first phase (Phase 1), 11GW in the second phase (phase 2) and 25GW in the third phase (phase 3).

‘’the proposed phase 1 projects, which we are about to commence, focus on quick wins for both TCN and the Discos, with the objective of increasing power delivery to consumers by an additional 2GW, making a total of 7GW.

‘’the second phase will target the remaining last-mile bottlenecks to enable full use of the existing generation and ‘the last mile’ distribution capacities, bringing the systems operational capacity to 11GW.

‘’phase 3 would involve developing the system up to 25GW capacity in the long term, with appropriate upgrades and expansion in generation, transmission and distribution.

‘’to date, we have secured approval for the sum of $1.7 billion and $15.2 million for the Pre-Engineering work. A special purpose vehicle (SPV) called ‘’FGN Powerco’’ is in the process of being set-up, following Mr President’s approval.

‘’the SPV will warehouse the project’s contingent liability for accountability. We have also constituted the Nigerian Project Management Office, PMO, with the sole responsibility of providing project management of the project on behalf of the Nigerian Government. Additionally, in a complementary way, we are also implementing the Transmission Enhancement Programme, TEP.

‘’the project contract was awarded in 2017 at the contract sum of $5.7 billion to the consortium of Chinese companies based on the agreement that the Chinese contractors will facilitate for Nigeria to secure concessionary financing of 85per cent ($4.85 billion) of the project cost from Export-import Bank of China (China Exim-Bank), while the Federal Government of Nigeria (FGN), will provide the remaining 15per cent($850 million) consisting of $200 million loans from the Nigeria Sovereign Investment Authority (NSIA) and $650 million from direct FGN funding’.

‘’the Mambilia Hydropower Project has a proposed installed capacity of 3,050mw. The main construction works include the following: Four large dams among which are the Nya Dam, Sumsum Dam, Nghu Dam and the API Weir, two (2) Number 330KV- Abong powerhouse to Jalingo transmission lines with a length of more than 700kms, about 120km Access road network connecting the project site with nearby communities’’.

Mambilla: Senate berates Ministry of Power over zero allocation for power project in…