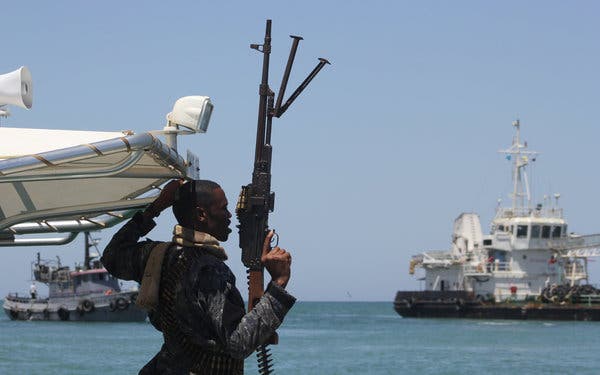 Pirates have kidnapped three people from a Togo-flagged bunkering vessel Stelios K which was boarded last week by a group of pirates while en route to Lagos.

Shortly after the attack, the local authorities managed to get in contact with the hijackers and started negotiating the release of the vessel and the crew.

Details of the negotiations remain undisclosed.

According to the latest update from UK-based maritime security firm Dryad Global, pirates have now escaped and left the vessel at around 180/75 nautical miles off Lagos Nigeria.

This is the 23rd kidnapping incident in the Gulf of Guinea in 2020, with a total of 118 persons kidnapped, Dryad Global said.

“The Gulf of Guinea HRA was raised to a critical risk rating following a sharp increase in incidents in the past week, including 2 successful kidnappings within 3 days. Vessels are advised to exercise heightened caution in this region,” Dryad Global said.

Maersk calls for military action as piracy surges off West…